The French fall, was the invasion by the Nazi Germany of France, Netherlands, the Luxembourg and Belgium, in the beginning of World War II. France had declared war on Germany on September 3, 1939, when Poland was invaded by Germany.

Until then, the Nazis had faced small countries with few human and material resources, with almost no military tradition, easy to fight. It was expected that France would resist more against Hitler's army, as it also had the collaboration of a British expeditionary corps. The French armies had an equivalent number of men, tanks, aviation, and positional advantage, in addition to having been victorious in 1914-1918. However, the French catastrophe was a great milestone for the Nazi Germany.

Hitler and the Brown shirts in front of Eiffel Tower, Paris.

Operation Barbarossa was the code name for the Axis Powers' invasion of the Soviet Union, beginning on June 22, 1941, during World War II. It was an operation designed with the ideological goals of Hitler and Nazi Germany in mind to take over the western Soviet Union so that it could be repopulated by the Germans, to use Slavic peoples as a slave labor force for the Axis and Axis war effort. take advantage of the Caucasus' oil reserves and the agricultural resources of the Soviet territories.

German forces won important victories and occupied many important economic areas of the Soviet Union, mainly Ukraine, all with many deaths. Despite these Axis successes, the German offensive came to a halt at the Battle of Moscow and then the Soviet counterattack.

and the cold made the Germans retreat.

German soldiers advancing towards the Soviet Union during Operation Barbarossa

The attack on the US naval base at Pearl Harbor was the beginning of the conflict between Japan and the United States during World War II. The bombing was a failed attempt to destroy the main US naval fleet that was in Hawaii. The destruction of the American fleet was essential for Japan to continue with its project of conquest and territorial expansion of the Pacific Islands.

Once World War II began, Japan quickly expanded to other regions of Asia: Singapore, Malaysia, Burma, defeating French and British forces. The clashes in these regions report the countless cruelties and war crimes committed by Japanese soldiers. They wanted to expand more and more, so they sought the pacific.

Navy soldiers watching the first wave of the attack. 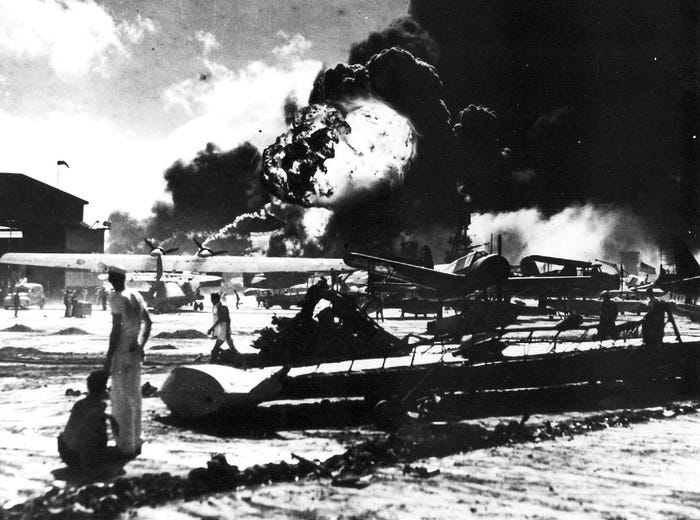 Battle of the Midway

The Battle of the Midway was between 4-6 June in 1942 and took place in Midway Atoll, a part of a chain of atolls, volcanic islands, and portions of lands in Hawaii in the North Pacific Ocean.

One of the big goals that Japan aims to achieve during World War II was to remove the United States as a power in the Pacific to gain territory in East Asia and the islands of the Southwest Pacific. The midway will be a perfect beginning to this plan.

An SBD-3 dive bomber from Bombing Squadron Six, and a battle-wrecked aircraft on the deck of the USS Yorktown. 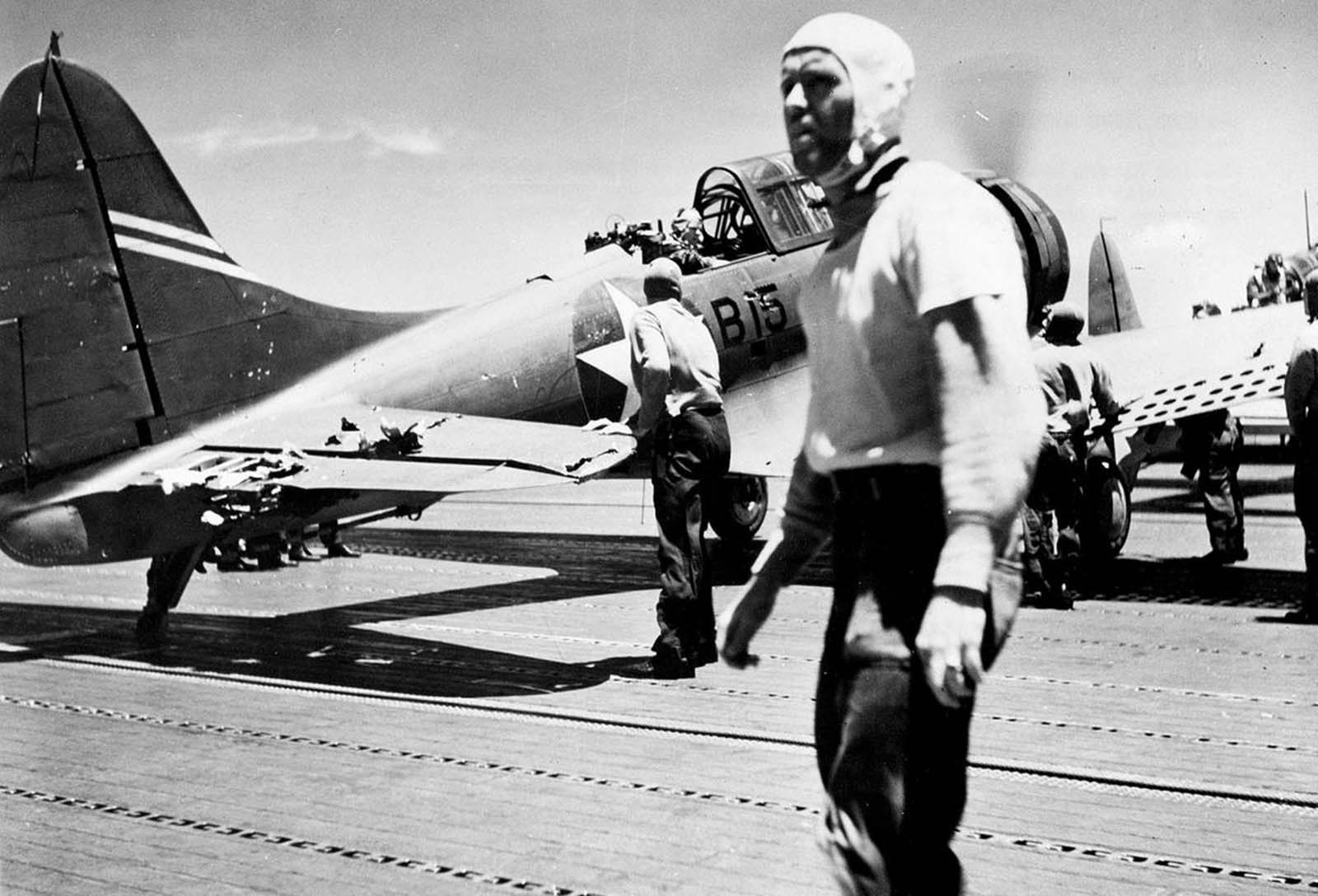 The Battle of Stalingrad was the biggest battle fought during World War II. War by the German and Soviet armies between July 1942 and February 1943, resulting in the death of approximately 2 million people. The gigantic effort undertaken by the Soviets and the depletion of the strength of the German armies resulted in a Soviet victory fundamental to the fate of the conflict. 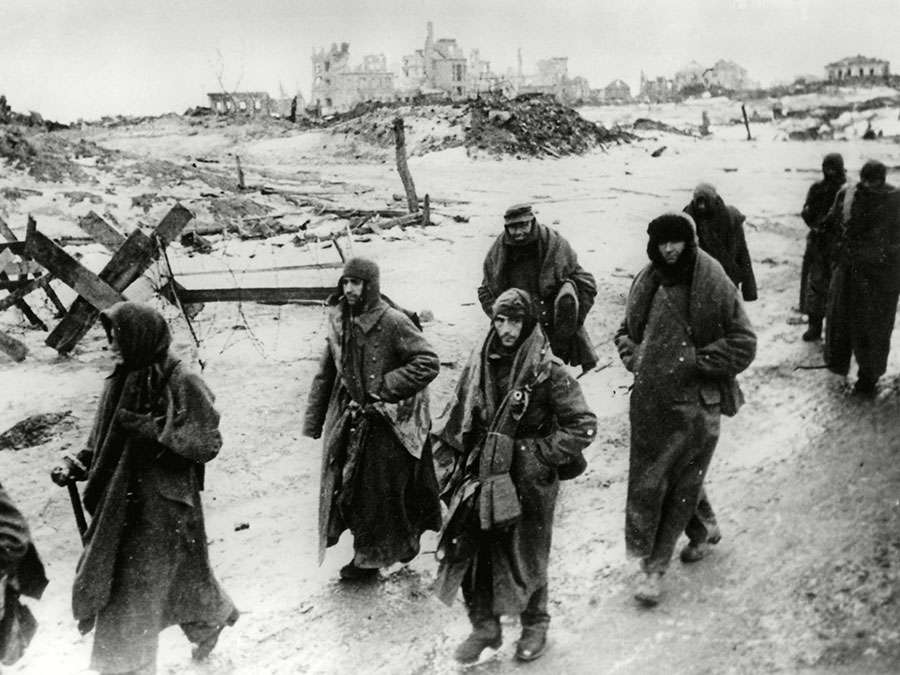 The Operation Torch began on November 8, 1942, the date on which the allies landed in North Africa, opening a new battlefront for Afrika Korps troops, an Germany African Corporation.

The first landings were in Algeria and Morocco. The offensive was proposed because it would drive Axis troops out of North Africa, intensify Allied control of the Mediterranean Sea, and set the stage for an invasion of southern Europe in 1943. The conflicts ended in 1943 with a victory on the part of the Allies. Since 1940, the French capital was occupied by the Germans. It would take until mid-August 1944 for Allied troops to advance towards Paris.

In the days before the liberation of the city, there were strikes by the police, the post office and the Paris metro. The radio suspended their transmissions and, on August 19, 1944, the Paris Liberation Committe called on the population to rebel.

On August 25, 1944, after more than four years of Nazi occupation, Paris was liberated by the French 2nd Armored Division and the US 4th Infantry Division.

March of Parisian citizens after the liberation of the city.

Battle of the Bulge

The Offensive of the Ardennes, also known as the Battle of the Bulge, was a major Nazi offensive campaign on the Western Front during World War II which began in 16 December 1944 and ending 25 January 1945. The Germans were defeated by the Allies in the Ardennes on January 25, 1945, thus ending the war.

American soldiers fighting in the Ardennes.

Atomic Attack at Hiroshima and Nagasaki

On August 6 and 9, 1945, the United States used atomic bombs for the first time in human history. They were dropped over the Japanese cities of Hiroshima and Nagasaki. The purpose of this act was to force Japan to surrender and prevent a likely invasion of that country, which would result in thousands of Allied soldiers being killed.

The conflict between Japan and the United States during World War II began after the Japanese attack on the US naval base at Pearl Harbor on December 7, 1941. The Japanese attack forced a US declaration of war against Japan.

Mushroom cloud formed during the nuclear attack on Hiroshima, Japan. 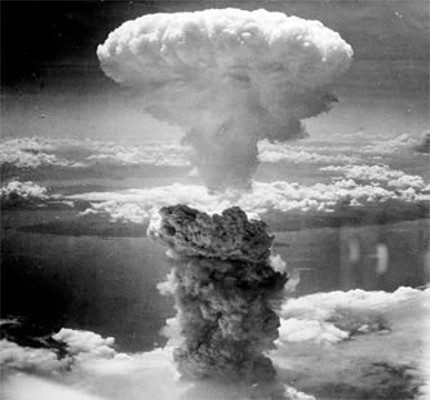