Timeline about the Web Summit, an annual technology conference held in Lisbon, Portugal. It is considered the largest tech event in the world

The first Web Summit was a mix of bloggers, journalists and technologists in a hotel on the outskirts of Dublin. Panelists and speakers included Iain Dale, the political blogger, Ben Hammersley of the Guardian and Ian Douglas of the Daily Telegraph. In 2010 it was a meet-up for 400 or so of the local technology community in the Chartered Accountants House in Dublin. Speakers were mainly local entrepreneurs, business people, and investors. In 2011, the event tripled in size and moved to the Royal Dublin Society. Speakers included Chad Hurley, Jack Dorsey and Matt Mullenweg. 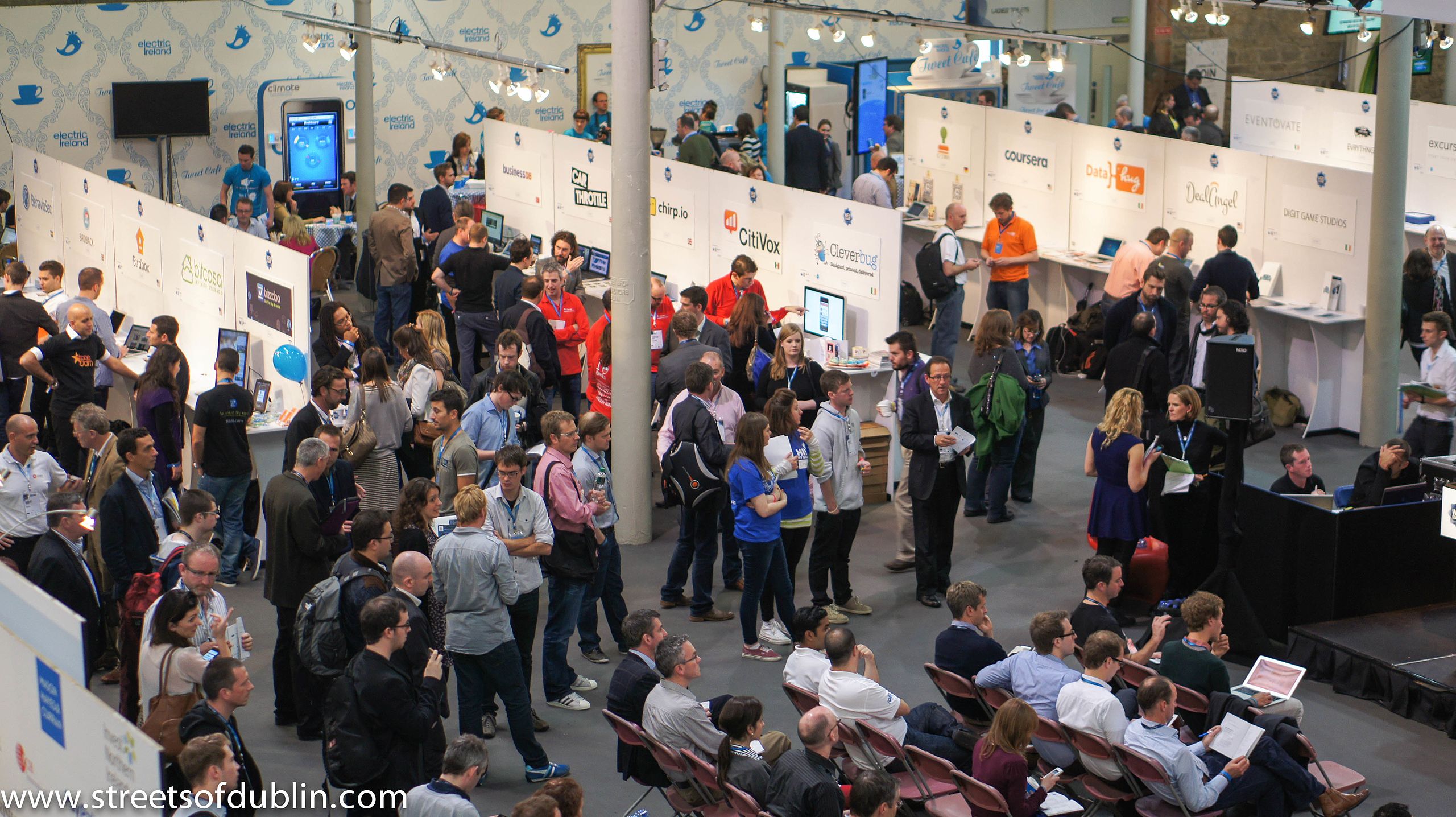 The event expanded in its scope with a number of side-events launching as part it, including the Night Summit, a series of after-hours events featuring musicians from throughout the world, and the Food Summit, a two-day showcase of gourmet Irish Food.

Irish Prime Minister, Enda Kenny, also opened the NASDAQ Market from the Web Summit, the first time it was opened outside of New York since the Facebook IPO. The event was covered substantially in the international media with Bloomberg Television, CNN, the Wall Street Journal and Wired covering the event.

Web Summit 2014 was held over three days and consisted of nine stages or Summits as they are known; Centre, Machine, Enterprise, Marketing, Builders, Society, Sport, Film and Music. Eva Longoria, Peter Thiel and Bono were among the speakers that spoke over the three-day event, with attendance of 22,000 people from 109 countries.

On Day 1 there were problems with the WiFi network and Web Summit founder Paddy Cosgrave took to the stage on two occasions to apologise for the connectivity problems. The RDS defended their technical set-up with CEO Michael Duffy saying, "The WiFi has successfully responded to the exceptional demands placed on it. This is an unprecedented WiFi density compared to similar European tech events." Attendees were mostly disparaging in their remarks, with some deriding it on social media as "the most Irish thing ever".

After the announcement of the decision to move the 2016 Web Summit to Lisbon, several Irish technology correspondents cited the WiFi debacle as one major push factor behind the move.

Web Summit 2015 was held over three days from 3 November until the 5 November at the RDS in Dublin. Over 42,000 people attended the event over the three days. Speakers included Ed Catmull of Pixar, Michael Dell, Bill Ford and Chris Froome.

In September 2015 Web Summit announced that they would be moving the event from Dublin to Lisbon. Following the announcement organisers released email correspondence between the Irish Government and Web Summit CEO Paddy Cosgrave about hotel costs, traffic and other issues around infrastructure in Dublin. This led to a debate in the Irish media about the support the Government had provided to the event since it began and what future promises they could make.

Problems arose with the Wi-Fi, but on a lesser scale than in 2014.

In September 2015 Web Summit co-founder and CEO Paddy Cosgrave announced that the event would be held in Lisbon for three consecutive editions, from 2016 to 2018. Cosgrave cited the local startup scene and a "cosmopolitan city with better infrastructure conditions and a larger number of hotel rooms" for the decision.

Among the more than 600 speakers were a number of tech top executives from around the world, including John Chambers of Cisco, Facebook CTO Mike Schroepfer, and Amazon CTO Werner Vogels. Also speaking at the event were prominent figures from non-tech areas, such as actor Joseph Gordon-Levitt, Salil Shetty of Amnesty International and Mogens Lykketoft, president of the general assembly at the United Nations, as well as footballer Luís Figo and both the Portuguese President Marcelo Rebelo de Sousa and Prime Minister António Costa. The percentage of women among speakers at the Web Summit was 47% according to independent estimates.

Web Summit 2017 took place in the Altice Arena in Lisbon from November 6 - 9. The event promised to bring 60,000 attendees from over 160 countries together.

1,000 speakers were initially confirmed for the conference and, finally, over 1200 spoke. From the political sphere, speakers such as Former Vice President of the United States of America Al Gore, European Commissioner for Competition Margrethe Vestager, and former president of France François Hollande were announced early.

This year the Web Summit will be held online, making it one of the greatest online events ever!