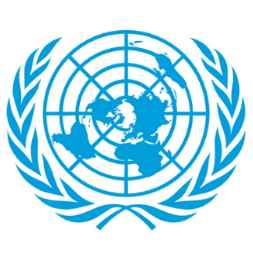 It is the world's largest and most familiar international intergovernmental organization established to maintain international peace and security, develop friendly relations among nations, achieve international cooperation, and be a centre for harmonising the actions of nations. The UN is headquartered on international territory in New York City and has other main offices in Geneva, Nairobi, Vienna, and The Hague

The Trusteeship Council was established in 1945 by the UN Charter, under Chapter XIII, to provide international supervision for 11 Trust Territories that had been placed under the administration of seven Member States, and ensure that adequate steps were taken to prepare the Territories for self-government and independence. By 1994, all Trust Territories had attained self-government or independence. The Trusteeship Council suspended operation on 1 November 1994. By a resolution adopted on 25 May 1994, the Council amended its rules of procedure to drop the obligation to meet annually and agreed to meet as occasion required -- by its decision or the decision of its President, or at the request of a majority of its members or the General Assembly or the Security Council.

The name "United Nations", coined by United States President Franklin D. Roosevelt was first used in the Declaration by United Nations of 1 January 1942, during the Second World War, when representatives of 26 nations pledged their Governments to continue fighting together against the Axis Powers.

The Secretariat comprises the Secretary-General and tens of thousands of international UN staff members who carry out the day-to-day work of the UN as mandated by the General Assembly and the Organization's other principal organs. The Secretary-General is chief administrative officer of the Organization, appointed by the General Assembly on the recommendation of the Security Council for a five-year, renewable term. UN staff members are recruited internationally and locally, and work in duty stations and on peacekeeping missions all around the world. But serving the cause of peace in a violent world is a dangerous occupation. Since the founding of the United Nations, hundreds of brave men and women have given their lives in its service.

The Economic and Social Council is the principal body for coordination, policy review, policy dialogue and recommendations on economic, social and environmental issues, as well as implementation of internationally agreed development goals. It serves as the central mechanism for activities of the UN system and its specialized agencies in the economic, social and environmental fields, supervising subsidiary and expert bodies. It has 54 Members, elected by the General Assembly for overlapping three-year terms. It is the United Nations’ central platform for reflection, debate, and innovative thinking on sustainable development.

The International Court of Justice is the principal judicial organ of the United Nations. Its seat is at the Peace Palace in the Hague (Netherlands). It is the only one of the six principal organs of the United Nations not located in New York (United States of America). The Court’s role is to settle, in accordance with international law, legal disputes submitted to it by States and to give advisory opinions on legal questions referred to it by authorized United Nations organs and specialized agencies.

The Security Council has primary responsibility, under the UN Charter, for the maintenance of international peace and security. It has 15 Members (5 permanent and 10 non-permanent members). Each Member has one vote. Under the Charter, all Member States are obligated to comply with Council decisions. The Security Council takes the lead in determining the existence of a threat to the peace or act of aggression. It calls upon the parties to a dispute to settle it by peaceful means and recommends methods of adjustment or terms of the settlement. In some cases, the Security Council can resort to imposing sanctions or even authorize the use of force to maintain or restore international peace and security. The Security Council has a Presidency, which rotates, and changes, every month.

The Charter was signed on 26 June 1945 by the representatives of the 50 countries. Poland, which was not represented at the Conference, signed it later and became one of the original 51 Member States.