Timeline of Max Verstappen racing career. Personal highlights and achievements throughout his life.

Max Verstappen’s first major challenge win takes place in the Rotax Max Challenge Belgium Minimax with 990 points. By age 9, Verstappen is a champion in his home country of Belgium and in the Netherlands. Verstappen’s father ultimately retires from racing to fully support his son’s career.

With a signing to the CRG factory team, Max Verstappen races at the World and European championships. At the WSK World Series in the U.S. state of New Jersey, Verstappen finishes first with 152.5 points. Three other first place finishes are achieved in 2010 with two appearances in second place and one finish at fifth place.

Verstappen became the youngest driver to win the World KZ Championship in the 2013 race at Varennes-sur-Allier, France. Verstappen participated in the top karting category, KZ1. He commanded the lead by the fourth lap and retained it through the remainder of the race. The victory at age 15 followed a particularly hot streak for the driver. The same year, he accumulated two European titles and a world title at the European and World KF and KZ Championships, respectively.

The year 2013 also saw Verstappen’s first transition into racing cars with an appearance at the Pembrey Circuit in October where he drove 160 laps in a Formula Renault Car. Verstappen also conducted numerous Formula tests in 2013.

At age 16, Max Verstappen was prepared to make his big debut following his Formula Tests. The jumping off point was four events at the Florida winter series starting 16 Januaryand moving into February 2014. The series serves as a training opportunity for aspiring drivers. Each event last three days and includes training, qualifying races and the final race. While not events sanctioned by the FIA, Verstappen’s performance wasimpressive with a win on the second weekend at Palm Beach International Raceway and an additional win at Homestead-Miami Speedway.

In the sixth season round of the 2014 FIA Formula 3 European Championship – and his sixth race – Max Verstappen, then age 16, achieved his first win for the Van Amersfoot Racing team. Verstappen carried the lead for the entire competition after starting from pole position. The victory followed less than ideal first races with a retirement during race one and an inability to compete in race two of the series due to technical issues.

By August 12, seven race wins were secured, and Verstappen opted to join the Red Bull Junior Team after testing a Formula Renault 3.5 car.

Less than one week after his inclusion on the Red Bull Junior Team, the squad announced Verstappen would race in Formula 1 when joining the Toro Rosso team in 2015.

With his first Formula 1 race at the Australian Grand Prix, Max Verstappen became the youngest driver to ever compete on the Formula 1 Grid. Verstappen competed at age 17 and bested former record holder Jaime Alguersuari who was 19 at the time of competition. Verstappen was forced to retire from the race due to engine difficulties.

With his first completed competition at the Malaysian GP 2015, Verstappen qualified sixth and finished in seventh place, becoming the youngest person ever to score Formula 1 points. 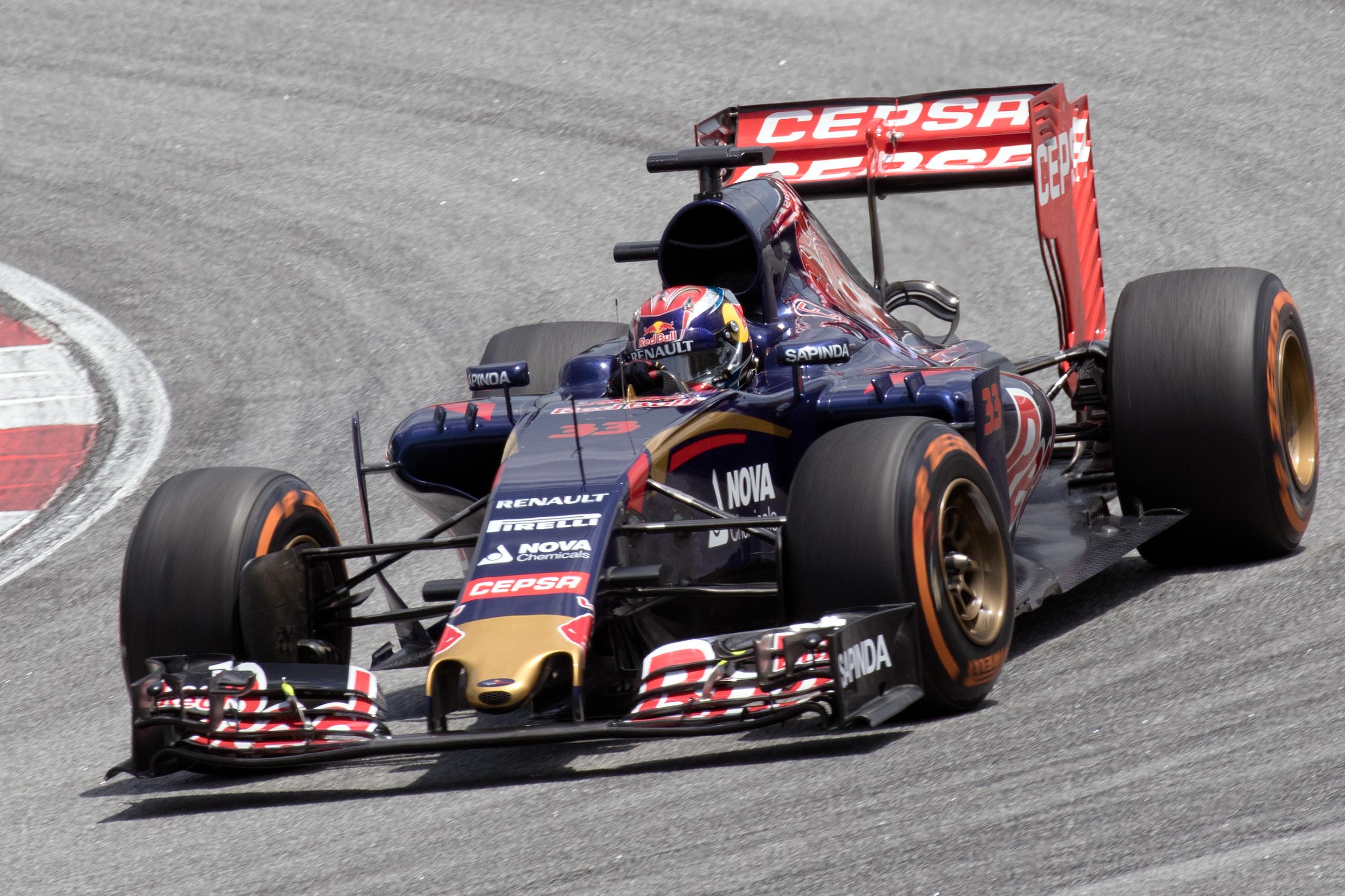 Yet another record was broken in May 2016 when Max Verstappen was able to swing into first at the Spanish Grand Prix. His first Formula 1 victory at age 18, 228 days made him the youngest driver to ever win a Grand Prix. He was also the first Dutchman to win a Grand Prix.

After several successful years of racing, Aston Martin Red Bull Racing and Verstappen agreed to a contract extension through the end of the 2023 Formula 1season

With a five-year contract extension from Red Bull taking his career through the 2028 season, Verstappen is poised to log many more wins and championships.

Max Verstappen’s victory at the Canadian Grand Prix moved the then 24-year-old driver into the all-time top Formula 1 wins list for drivers with the opportunity for a lengthy career still ahead of him. The win was Verstappen’s 26th Grand Prix win and his 67th trip to the podium. The race also marked his sixth win of the season and the seventh podium finish.

Max Verstappen did what was asked and won the Formule 1 race at Circuit Zandvoort. It was an intense race and till the end it was unsure whether Verstappen would win by a sudden move of Mercedes team.